On the Eve of the Memorial Day weekend and the unofficial start of Summer, we at Cremation Society of America would like to take a moment to express our thanks to all who made the ultimate sacrifice to defend our magnificent nation, the United States of America. As we spend time with family and friends during this uniquely American holiday, let’s keep in mind how Memorial Day came to be.

Memorial Day is an American holiday, observed on the last Monday of May, honoring the men and women who died while serving in the U.S. military. Memorial Day 2021 will occur on Monday, May 31.

The Civil War, which ended in the spring of 1865, claimed more lives than any conflict in U.S. history and required the establishment of the country’s first national cemeteries.

By the late 1860s, Americans in various towns and cities had begun holding springtime tributes to these countless fallen soldiers, decorating their graves with flowers and reciting prayers.

Did you know? Each year on Memorial Day a national moment of remembrance takes place at 3:00 p.m. local time.

It is unclear where exactly this tradition originated; numerous different communities may have independently initiated the memorial gatherings. And some records show that one of the earliest Memorial Day commemorations was organized by a group of formerly enslaved people in Charleston, South Carolina less than a month after the Confederacy surrendered in 1865. Nevertheless, in 1966 the federal government declared Waterloo, New York, the official birthplace of Memorial Day.

Waterloo—which first celebrated the day on May 5, 1866—was chosen because it hosted an annual, community-wide event, during which businesses closed and residents decorated the graves of soldiers with flowers and flags.On May 5, 1868, General John A. Logan, leader of an organization for Northern Civil War veterans, called for a nationwide day of remembrance later that month. “The 30th of May, 1868, is designated for the purpose of strewing with flowers, or otherwise decorating the graves of comrades who died in defense of their country during the late rebellion, and whose bodies now lie in almost every city, village and hamlet churchyard in the land,” he proclaimed.

The date of Decoration Day, as he called it, was chosen because it wasn’t the anniversary of any particular battle.

On the first Decoration Day, General James Garfield made a speech at Arlington National Cemetery, and 5,000 participants decorated the graves of the 20,000 Civil War soldiers buried there.

Many Northern states held similar commemorative events and reprised the tradition in subsequent years; by 1890 each one had made Decoration Day an official state holiday. Southern states, on the other hand, continued to honor the dead on separate days until after World War I.

Memorial Day, as Decoration Day gradually came to be known, originally honored only those lost while fighting in the Civil War. But during World War I the United States found itself embroiled in another major conflict, and the holiday evolved to commemorate American military personnel who died in all wars, including World War II, The Vietnam War, The Korean War and the wars in Iraq and Afghanistan.

For decades, Memorial Day continued to be observed on May 30, the date General Logan had selected for the first Decoration Day. But in 1968, Congress passed the Uniform Monday Holiday Act, which established Memorial Day as the last Monday in May in order to create a three-day weekend for federal employees. The change went into effect in 1971. The same law also declared Memorial Day a federal holiday.

In the spring of 1915, bright red flowers began poking through the battle-ravaged land across northern France and Flanders (northern Belgium). Canadian Lieutenant Colonel John McCrae, who served as a brigade surgeon for an Allied artillery unit, spotted a cluster of the poppies shortly after serving as a brigade surgeon during the bloody Second Battle of Ypres. The sight of the bright red flowers against the dreary backdrop of war inspired McCrae to pen the poem, “In Flanders Field,” in which he gives voice to the soldiers who had been killed in battle and lay buried beneath the poppy-covered grounds. Later that year, a Georgia teacher and volunteer war worker named Moina Michael read the poem in Ladies’ Home Journal and wrote her own poem, “We Shall Keep the Faith” to begin a campaign to make the poppy a symbol of tribute to all who died in war. The poppy remains a symbol of remembrance to this day.

We wish you and your family and friends a Happy and Solemn Memorial Day. Never forget. 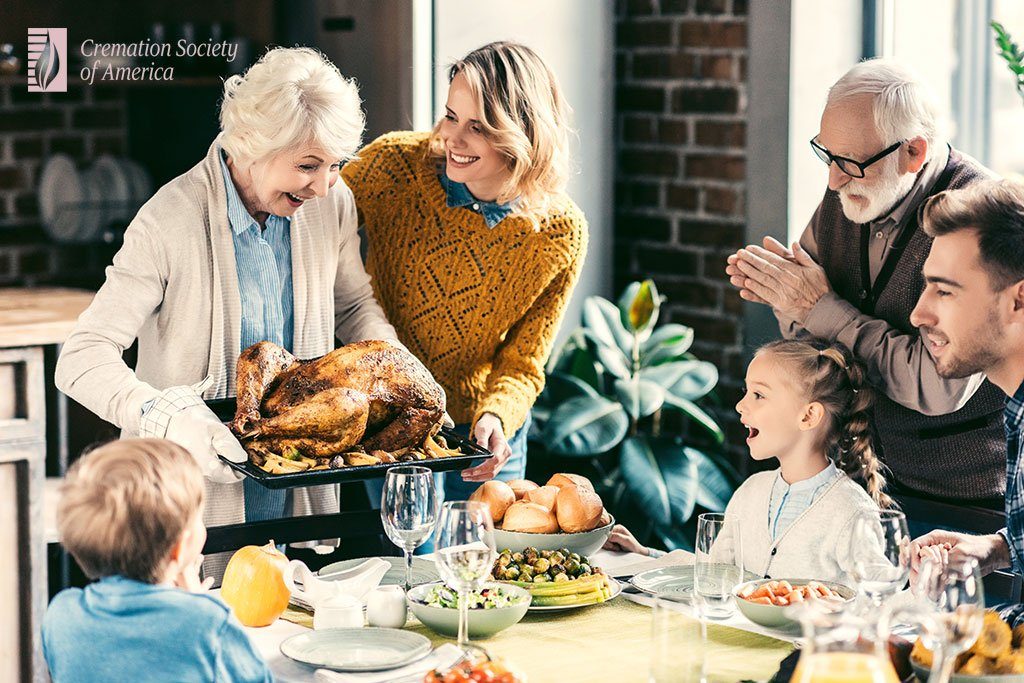 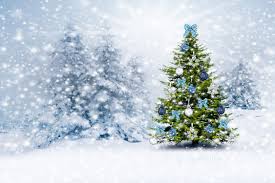 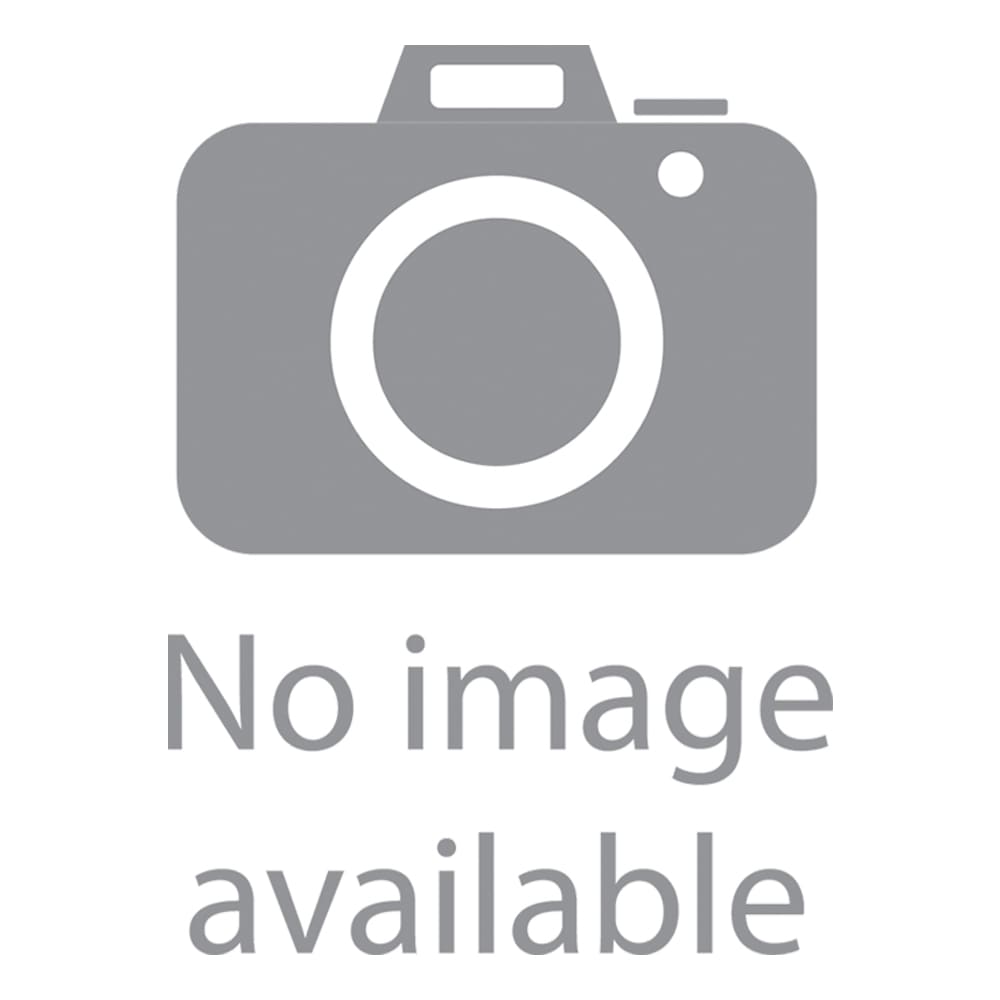 The Temporary Plastic Container is crafted from Plastic. The urn has a black plastic finish. This urn is used for shipping, storing, or transportation of ashes. This urn has a hinged lid. 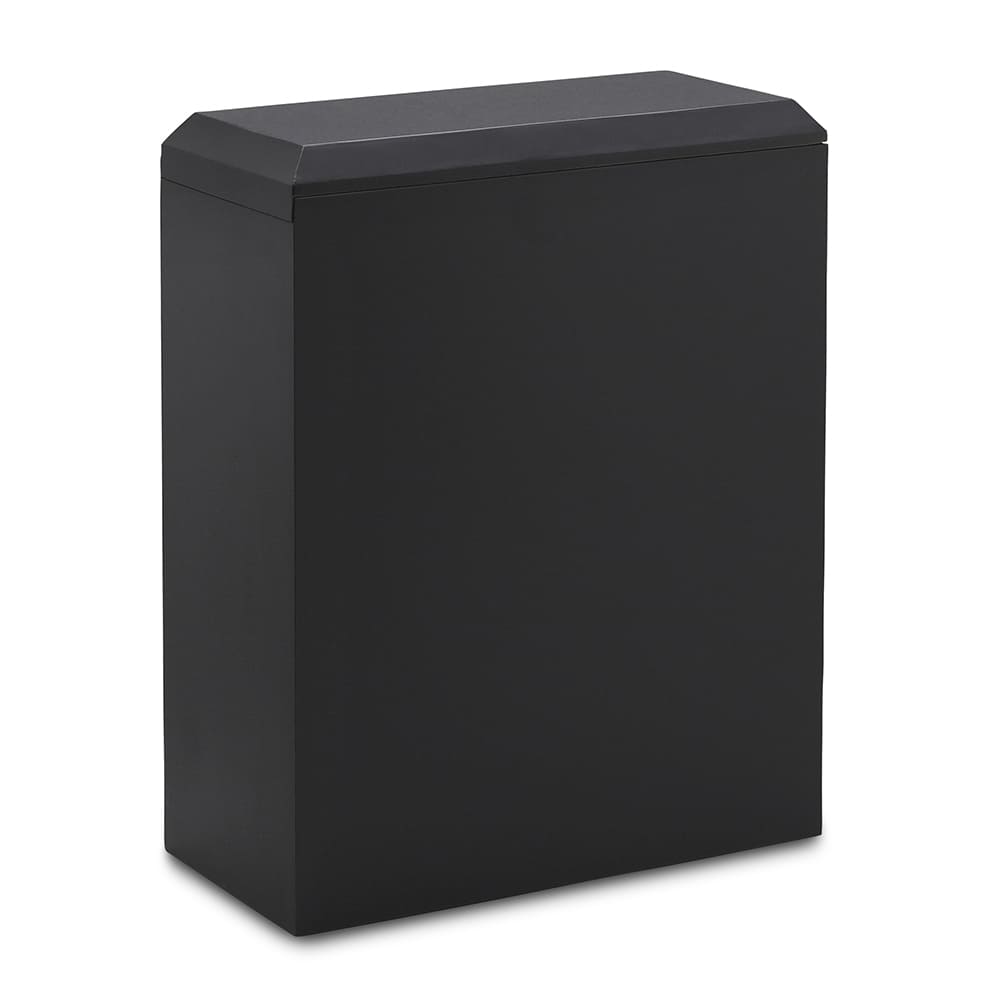 The Slate Grey Fiberwood Urn is crafted from Medium Density Fiberwood. The urn has a grey vinyl finish. This urn has a slide opening and is ideal for scattering. 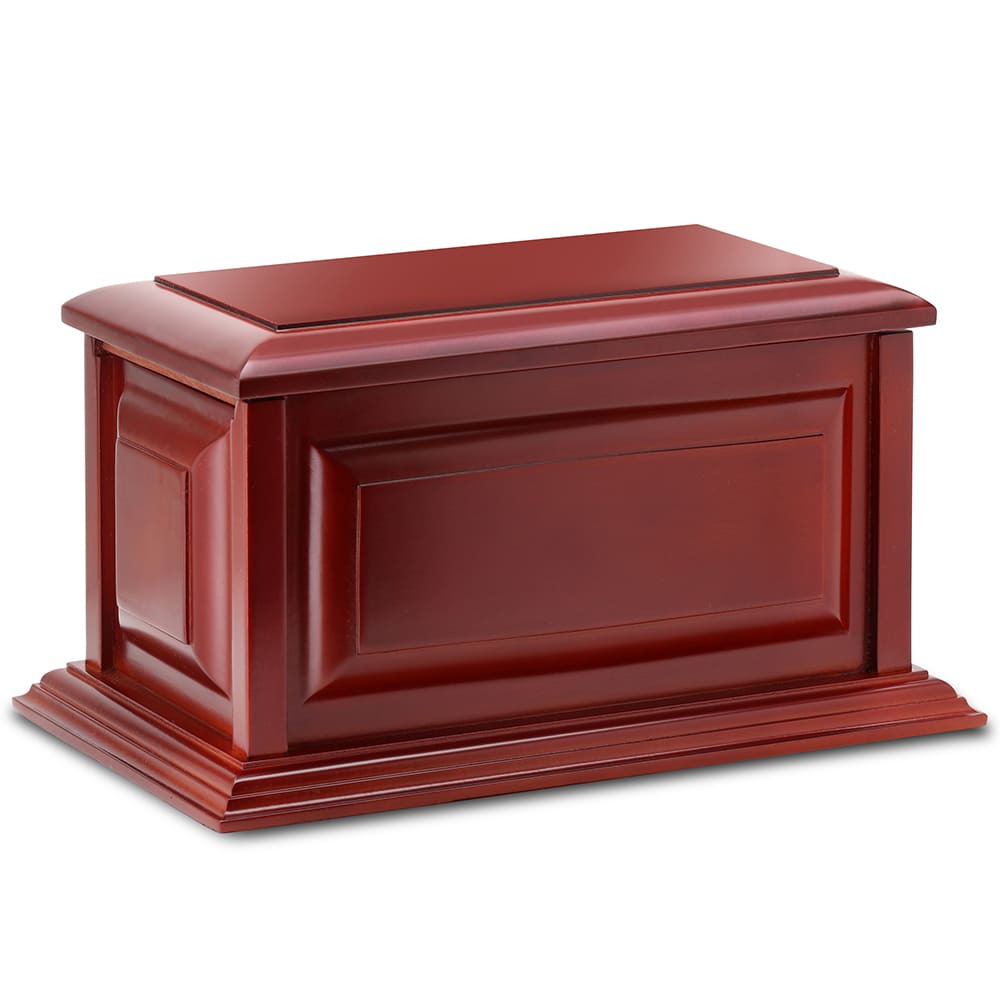 The Lincoln Urn is crafted from solid wood with a manufactured wood base. The urn has a beautiful cherry finish. This urn has a slide off top with magnetic closure. 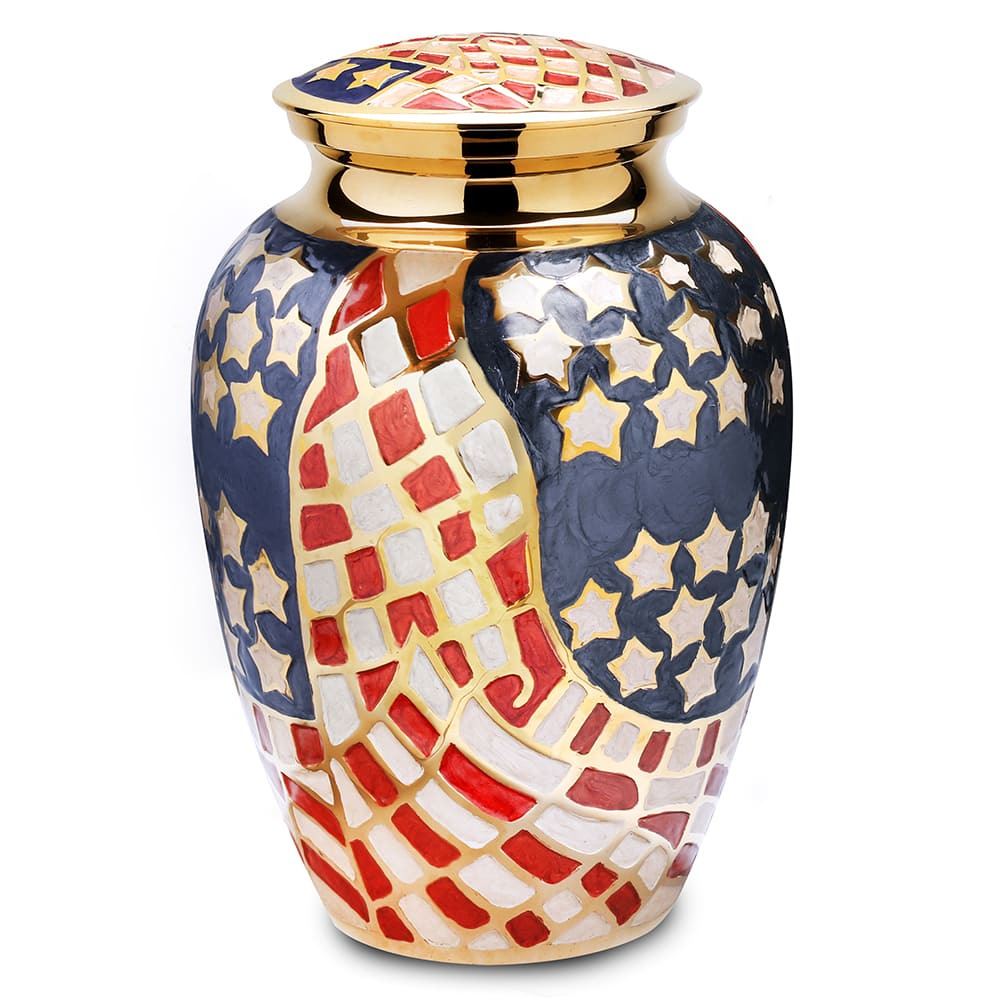 The Patriot Urn is crafted from Brass. The urn has a beautiful hand-painted salute to service American flag with golden finish. This urn has a top opening with a secure threaded lid. 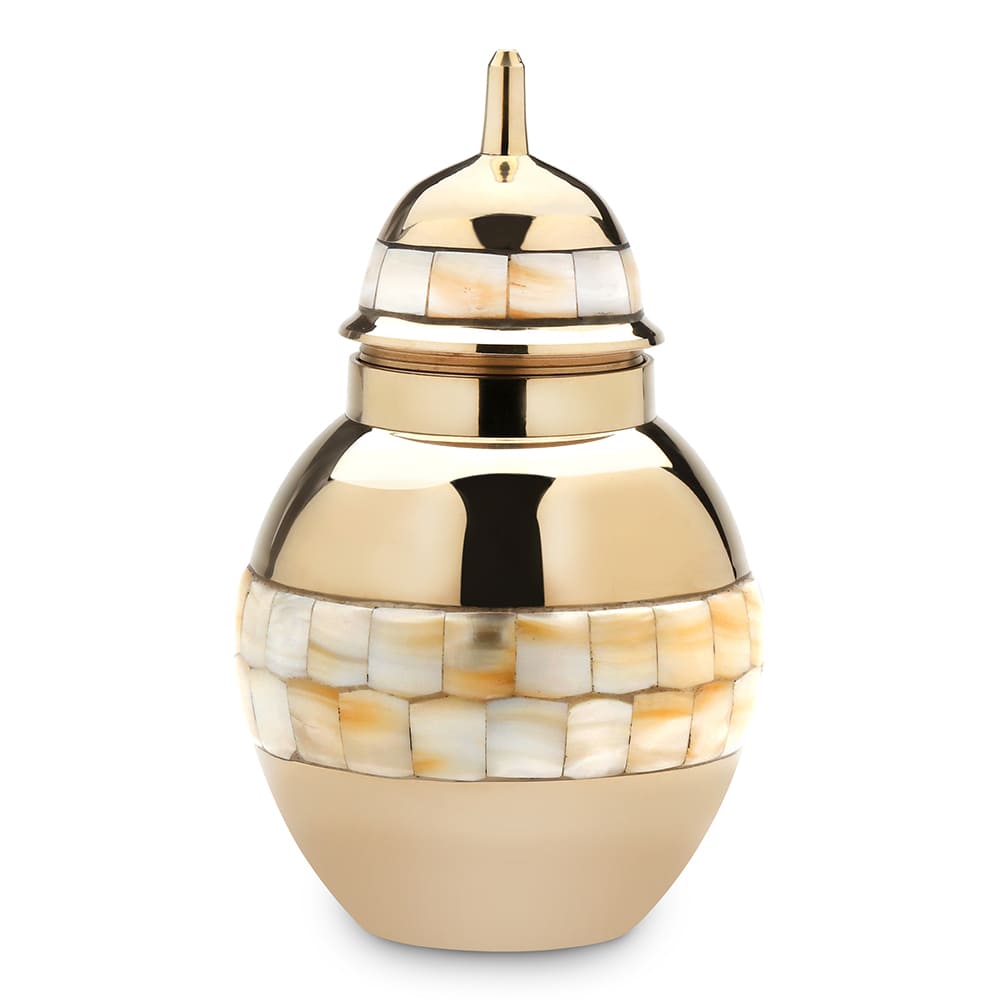 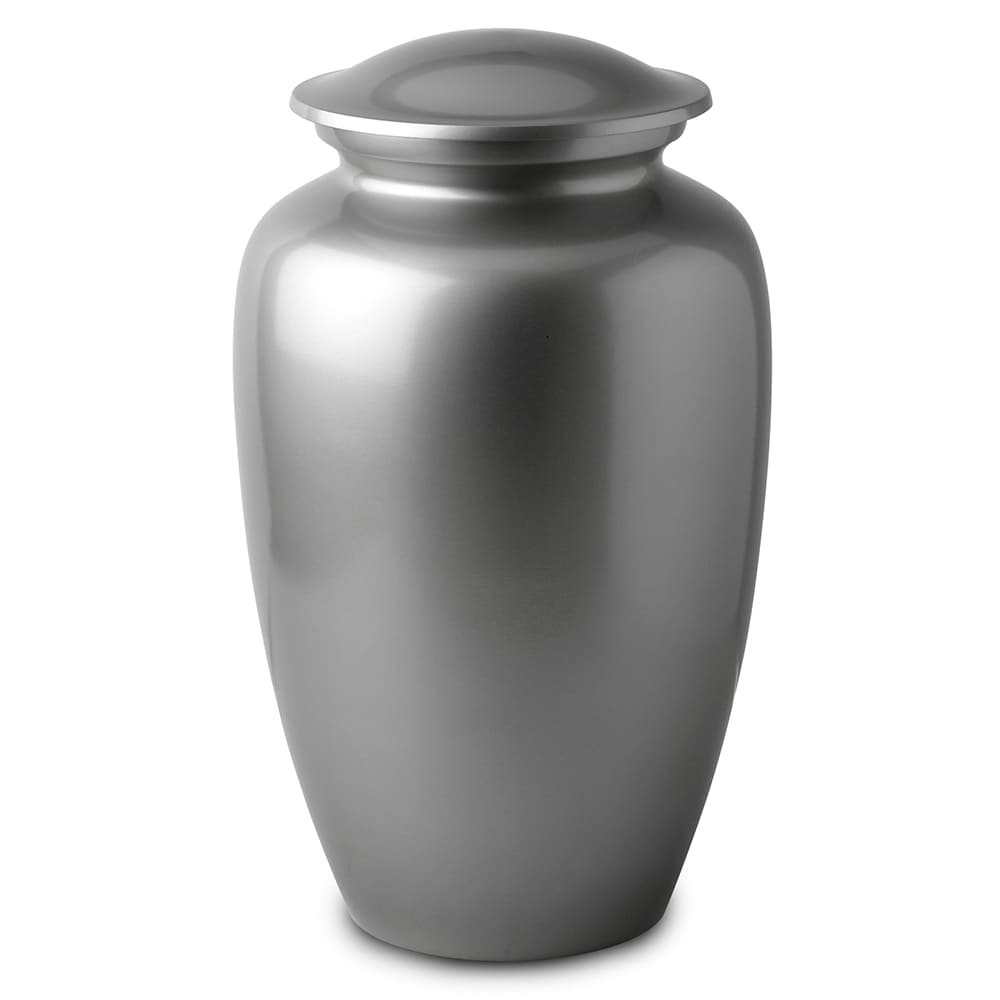 The Classic Urn is crafted from Aluminum. The urn has a beautiful silver finish. This urn has a top opening with a secure threaded lid. 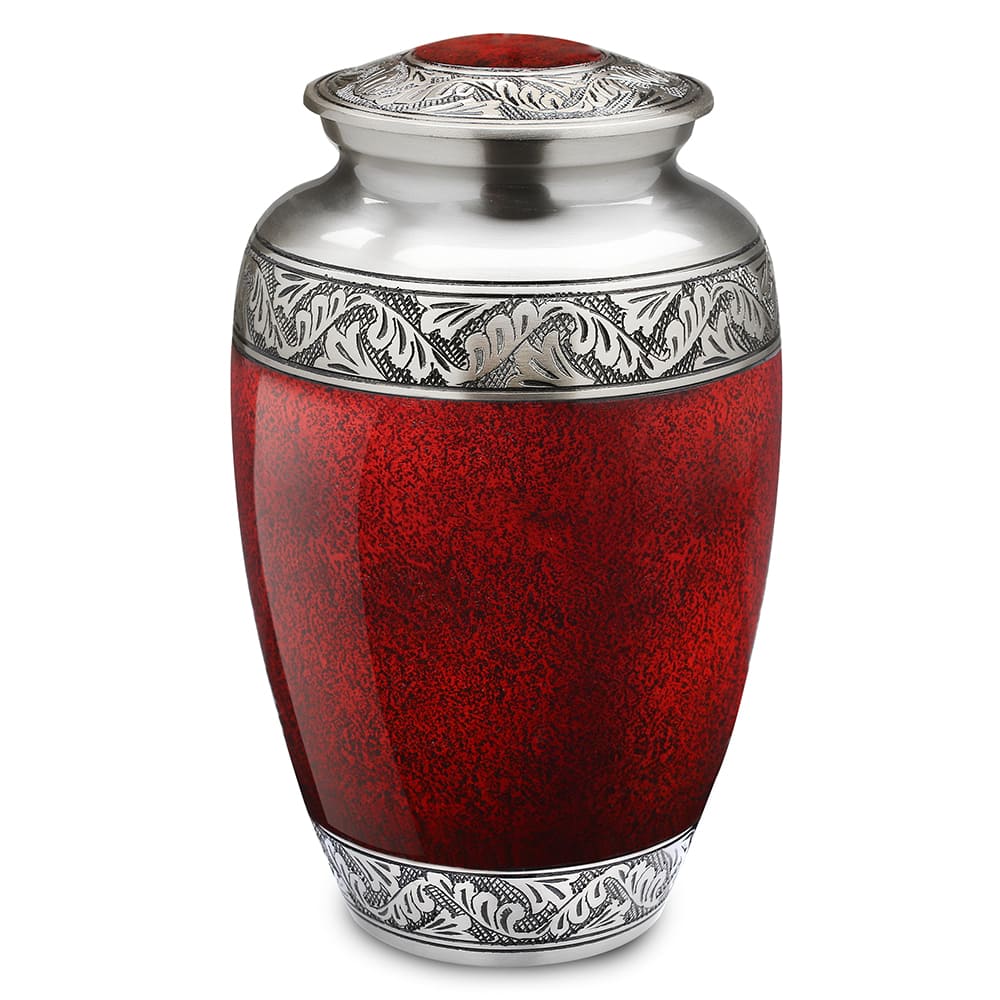 The Acadia Urn is crafted from Aluminum. The urn has a beautiful hand-painted red finish. This urn has a top opening with a secure threaded lid. 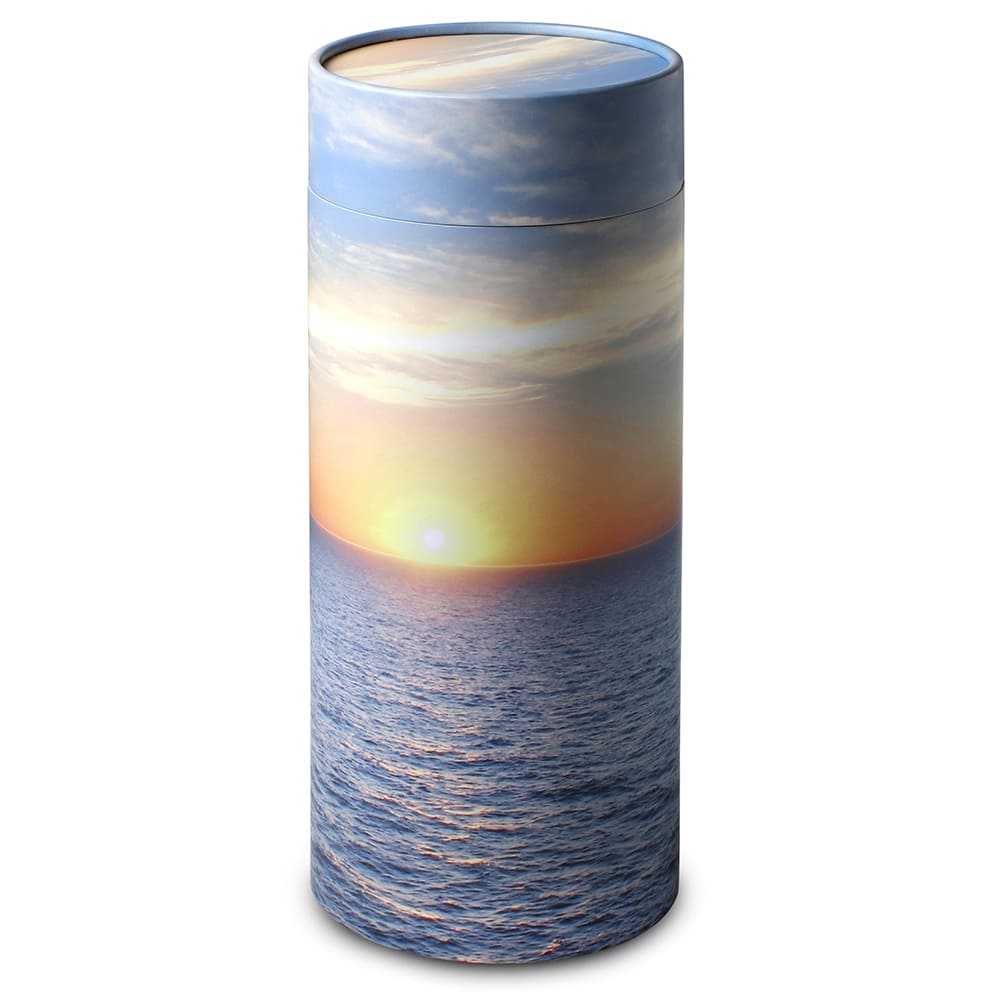 Create a meaningful sendoff for your loved one with our Sunset Scattering Tube Urn. Simply remove the outer lid and you will see the perforated lid to be opened. This urn helps to provide a nicer presentation when ocean scattering. 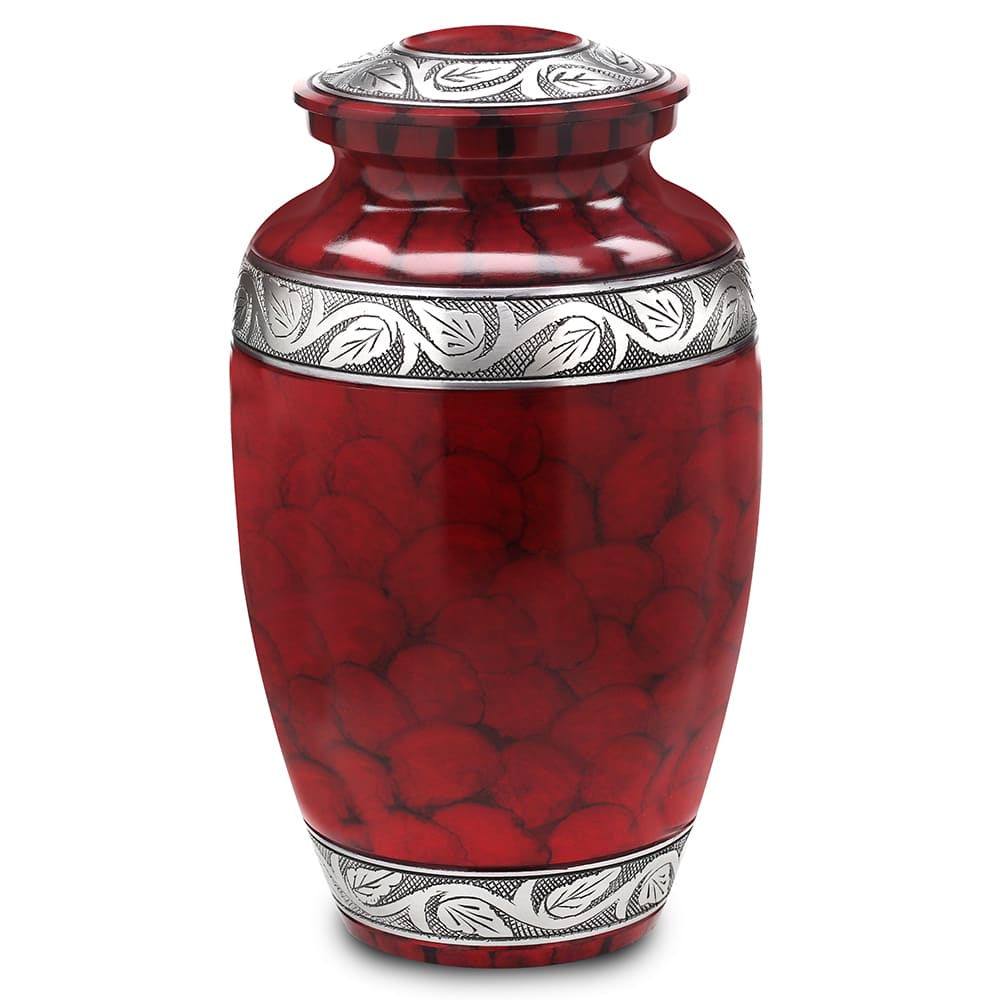 Red Newport Urn is crafted from aluminum. The urn has a beautiful hand-painted finish. This urn has a top-opening with a secure threaded lid. Newport Urn comes in blue or red. 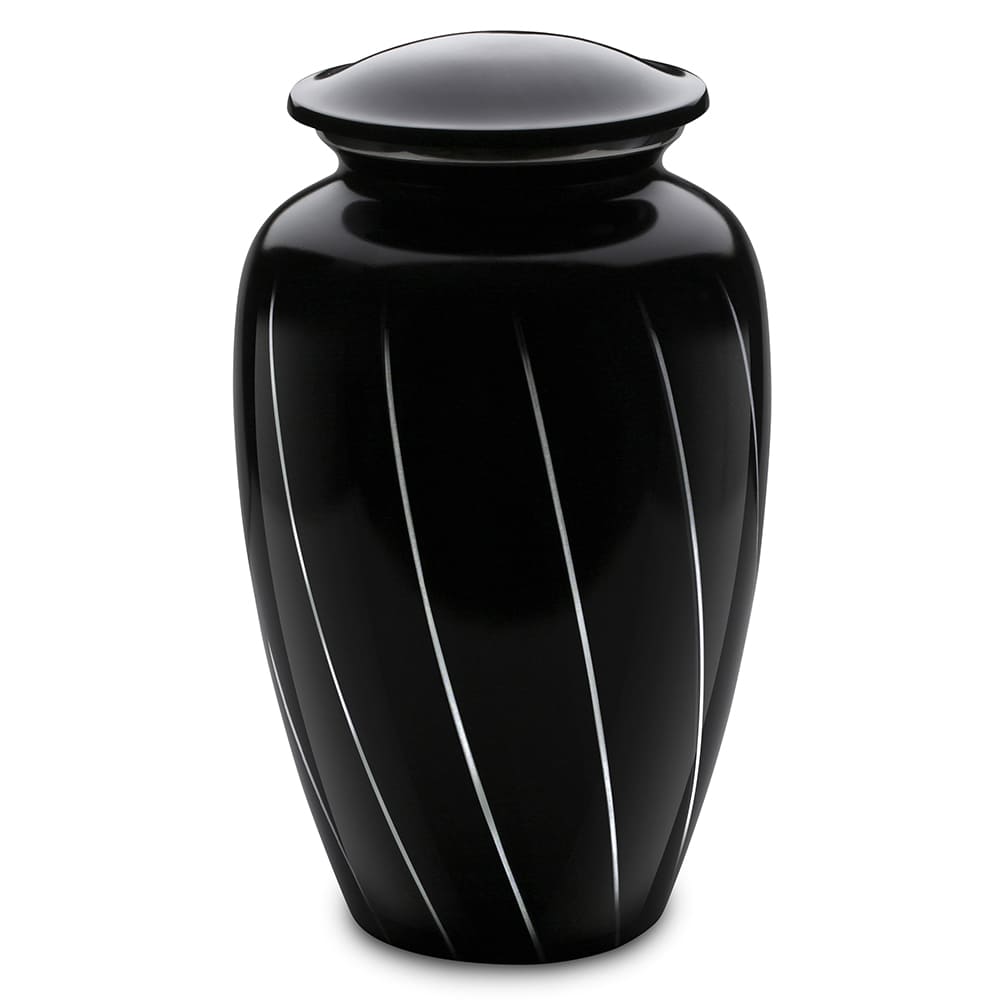 The Midnight urn is crafted of Aluminum. The urn has a beautiful hand-painted finish. This urn has a top-opening with a secure threaded lid. 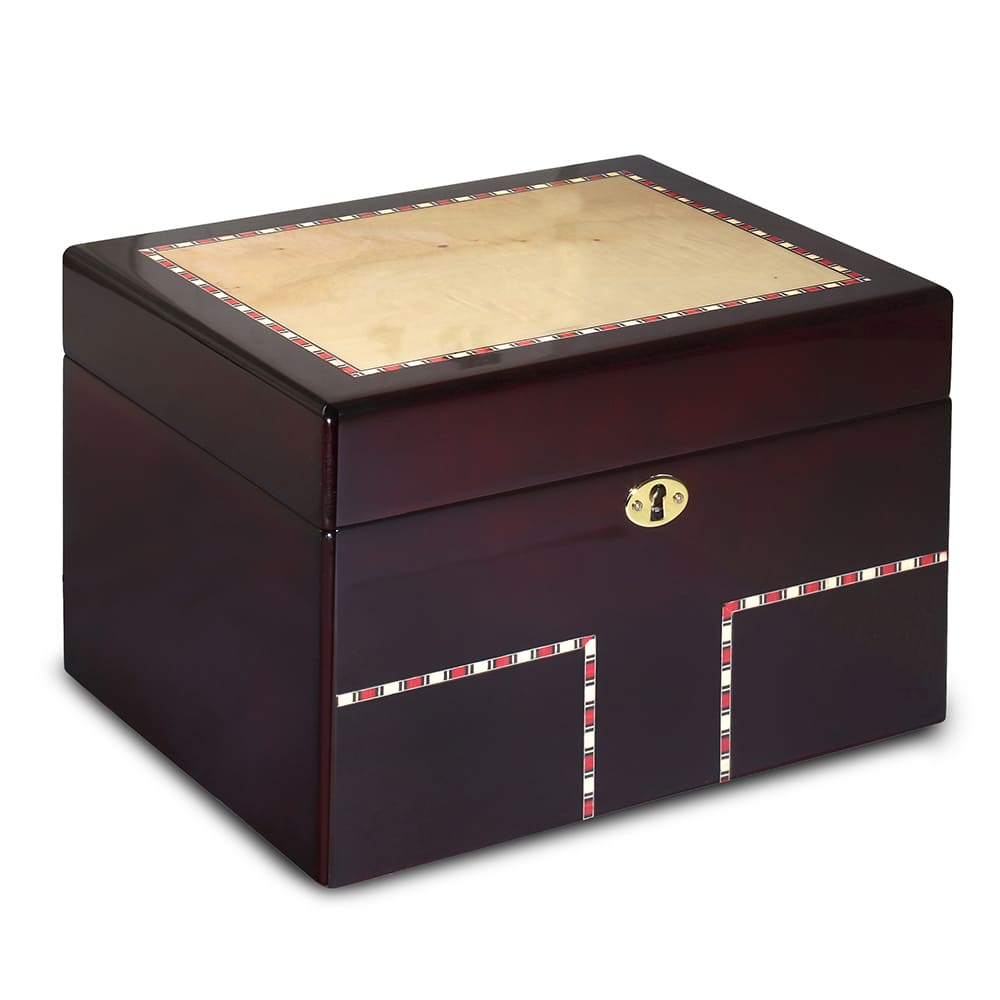 The natural beauty of real burlwood makes this urn one-of-a-kind. The natural burl graining patterns in these veneers are individual to each urn, symbolizing the unique qualities of your loved one. This chest comes with a lock and key for your Peace of Mind 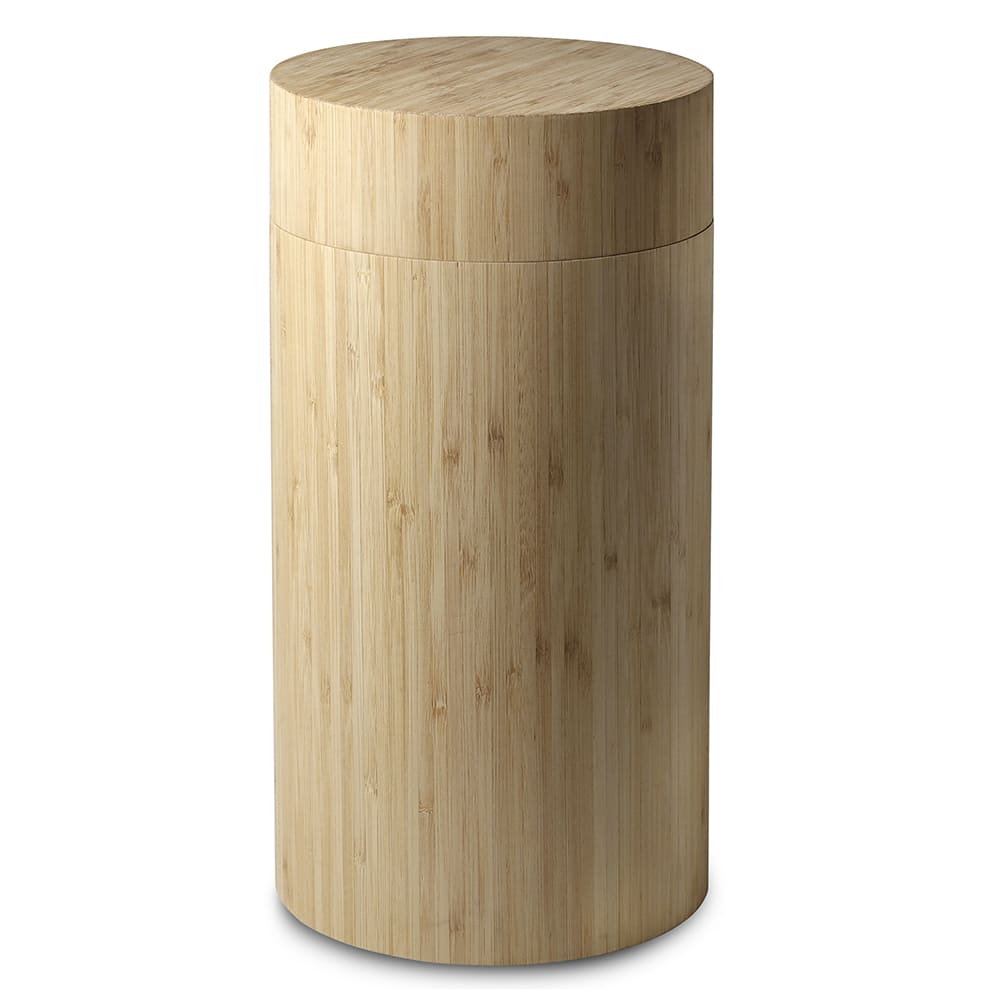 This urn was designed for families to scatter the ashes of their loved ones with ease and dignity. Simply place the urn in the water and watch as it floats away. The urn will begin dissolving and release your loved ones ashes in the gentle ocean currents. This urn is 100% biodegradable. 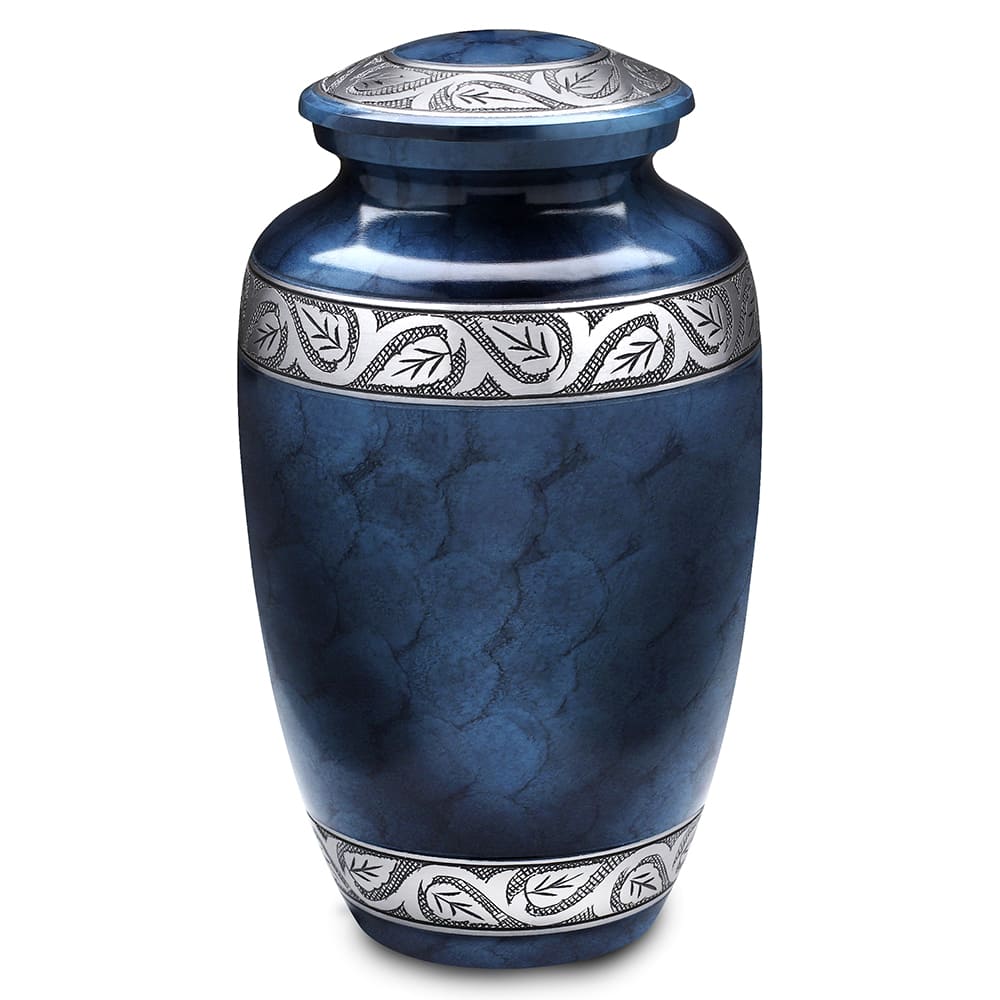 Blue Newport Urn is crafted from aluminum. The urn has a beautiful hand-painted finish. This urn has a top-opening with a secure threaded lid. Newport Urn comes in blue or red. 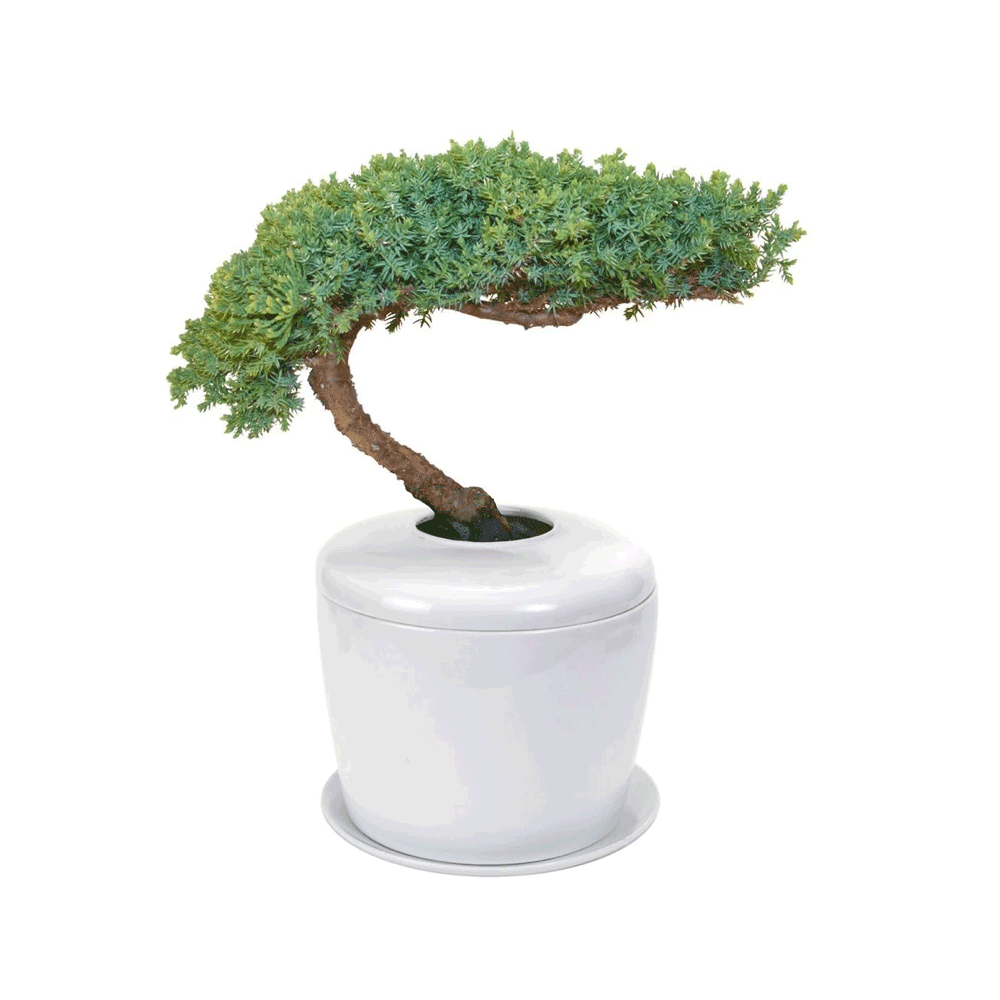 This beautiful urn allows you to grow an elegant houseplant holding your loved ones remains. It is eco-friendly and available to use indoors or outdoors.