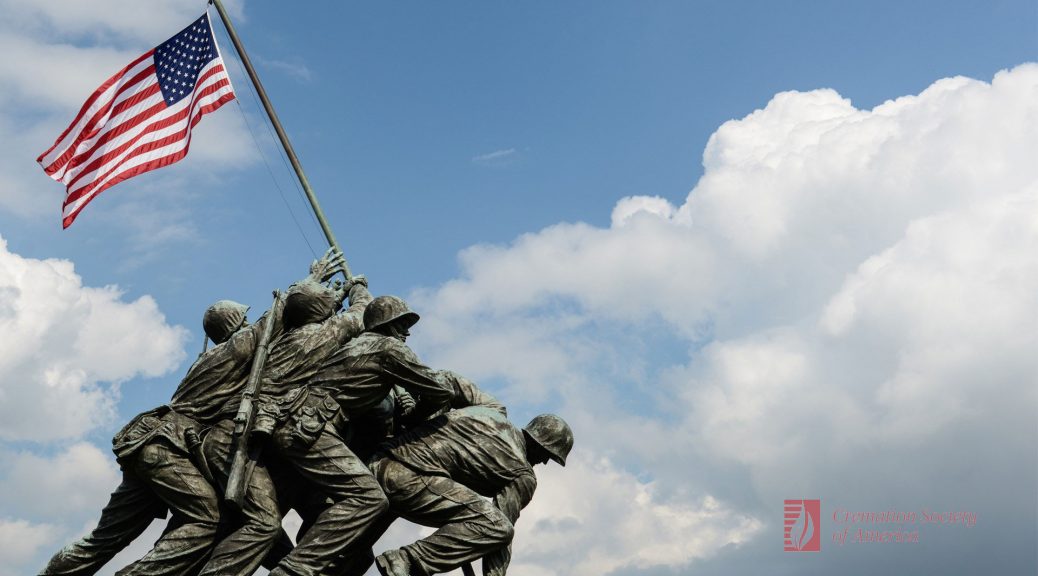 With the Memorial Day Weekend and the unofficial start to Summer upon us, we at Cremation Society of America want to take a moment to salute all men and women who have given their lives to protect the United States of America.

What is Memorial Day?

Memorial Day is an American holiday, observed on the last Monday of May, honoring the men and women who died while serving in the U.S. military. Memorial Day 2019 occurs on Monday, May 27.

Memorial Day 2019 carries a bit more significance than most years as the 75th Anniversary of the Allied invasion of Normandy, France on June 6, 1944 – known as “D-Day” – takes place in several weeks. The D-Day invasion ultimately led to the defeat of Nazi Germany in World War II. The invasion also led to the death of nearly 3,000 American servicemen.

In May 1868, General John A. Logan, the commander-in-chief of the Union veterans’ group known as the Grand Army of the Republic, issued a decree that May 30 should become a nationwide day of commemoration for the more than 620,000 soldiers killed in the recently ended Civil War. On Decoration Day, as Logan dubbed it, Americans should lay flowers and decorate the graves of the war dead “whose bodies now lie in almost every city, village and hamlet churchyard in the land.”

American’s embraced the notion of “Decoration Day” immediately. That first year, more than 27 states held some sort of ceremony, with more than 5,000 people in attendance at a ceremony at Arlington National Cemetery. By 1890, every former state of the Union had adopted it as an official holiday. But for more than 50 years, the holiday was used to commemorate those killed just in the Civil War, not in any other American conflict. It wasn’t until America’s entry into World War I that the tradition was expanded to include those killed in all wars, and Memorial Day was not officially recognized nationwide until the 1970s, with America deeply embroiled in the Vietnam War.

Despite the increasing celebration of the holiday as a summer rite of passage, there are some formal rituals still on the books: The American flag should be hung at half-staff until noon on Memorial Day, then raised to the top of the staff. And since 2000, when the U.S. Congress passed legislation, all Americans are encouraged to pause for a National Moment of Remembrance at 3 p.m. local time. The federal government has also used the holiday to honor non-veterans—the Lincoln Memorial was dedicated on Memorial Day 1922. And, while its origins have little to do with fallen soldiers, the Indianapolis 500 has certainly become a Memorial Day tradition of its own–this year marks the 104th time the race will be run to coincide with the holiday.

Please join us at Cremation Society of America by honoring the sacrifice and dedication of our fallen heroes who gave everything to keep our nation free from tyranny. As the saying goes, “Freedom isn’t Free.”